Modeling Seismicity and Aseismic slip
A geological reservoir, and more generally the first 10 to 30 kilometers of the crust could be seen as a fractured and permeable rock volume (figure 1). The whole system is loaded by different mechanisms (tectonics, fluid injections and/or withdrawals, tides, remote earthquakes) that alter stresses on prexisting faults. Because of these forcings and because of the typical time and slip dependence of rock friction, slip is triggered on these faults, and emplaces either fast enough to radiate elastic waves (earthquake), or slowly so that an silent aseismic slip event occurs.

Slow slip (aseismic) events and earthquakes may also occur on the same particular fault, as shown by many seismological and geodetical studies, suggesting that contact on faults is itself heterogeneous (figure 2).

The deformations produced by slip reactare usually monitored from the earth surface by a set of geophysical sensors (seismometers, creep/sarin-meters, GPS, …). 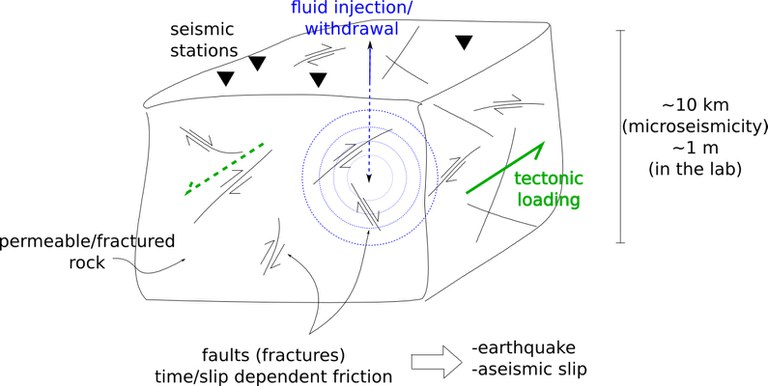 Figure 1 : conceptual model of a fractured and permeable geological reservoir 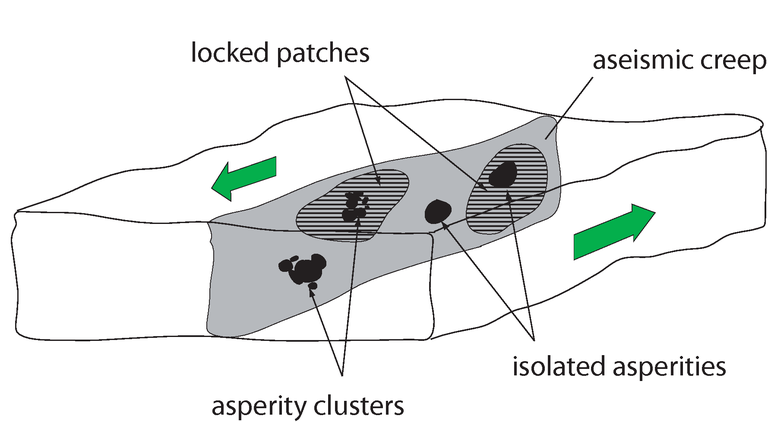 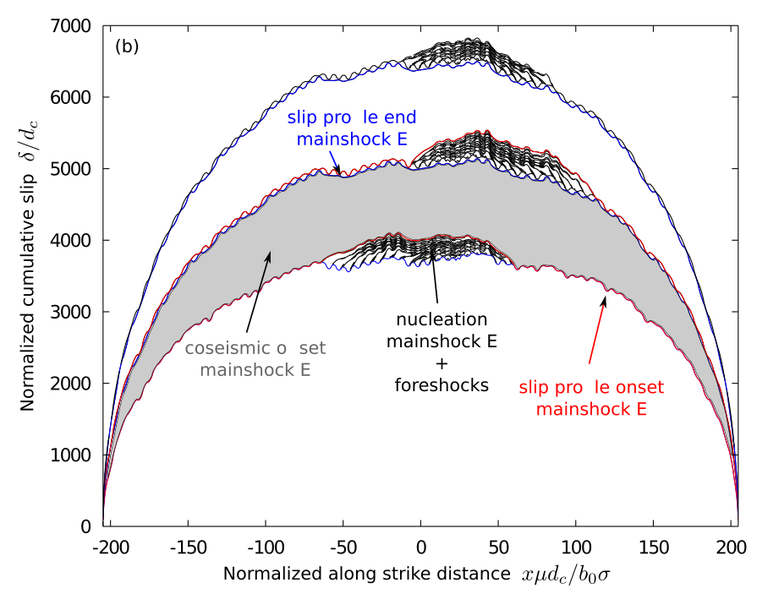 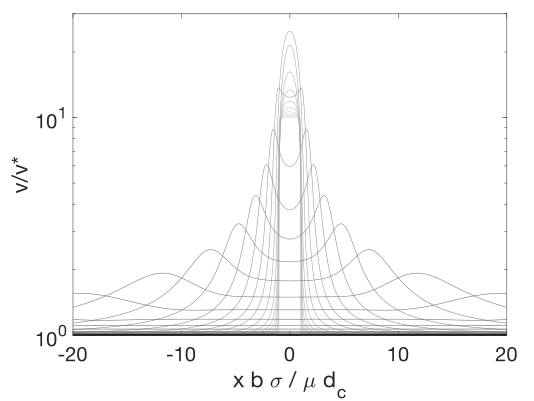 Figure 3 : Simulated slip rate ransient on an intfinite velocity-strengthening rate-and-state fault triggered by a localized fluid injection (at x=0). Darker profiles correspond to later times after the injection. Slip rate on the fault is first excited around the injection. While decaying in amplitude, he slip rate perturbation expands along strike. Modified from (Dublanchet & Viesca, 2017).